In this era of everyday hustle where our eyes are constantly stuck on computer screens, we barely get the opportunity to relax and refresh our mind. Researches have shown along with several other things, music is one of the best things which works as therapy, easing out the stress of hectic workload. Unlike previous times when radio was the only option left in our mobiles, we now have the freedom to play the song we like with the help of different android music players. If you own an Android phone then there are lots of Free Music Players to choose from so many that one can get overwhelmed. However, all of them are not good so, through this article, we have provided the Top 10 Best Free Music Players for Android. These music players are full of features and providing you everything you expect from a good music player. Some of them are quite special as they have some unique tools which will allow you to further organize, record, edit your MP3 songs.

So, check out our list of best music players available for Android below.!

This app has got the highest rating of 4.8 stars with 10 million clicks on the download button. With a beautiful thematic background, it offers full control even when the screen is locked. 5-band equalizer is there to enhance your musical experience. Also, this app has music cutter to help you out in making your desired ringtone. Not only that, it supports audiobooks and podcasts, and you can share your music with anyone, that too one or multiple songs. Within a compact 5.3 MB size it offers more than anyone could expect from a music player.

It ranks second on the rating chart with a 4.7 stars rating on play store. This music player supports almost all music formats like MP3, MIDI, WAV, FLAC, AAC, and APE. Bass boost, Equaliser, are some of the common features along with sleep timer. This app lets you organize your music the way you want and also allows scanning, sharing, playing songs in shuffle, loop or order. It has a very simple interface with a wide choice of themes within its 11 MB size. This app has over 10 million downloads with 4.6 stars rating. It has the unique feature of crossfade where the user is allowed to mix two mp3s, which enables an uninterrupted experience. The interface offered by the app is not the usual ones. There are some unique features of pitch control, speed control, and loudness enhancer to make the musical experience worth it. This 10 MB app also has the feature of creating playlists, presets like Hip-hop, Jazz, Rock, Latin which can be deleted or saved. 4. Music Player by My techno sound

With the rating of 4.5 stars in Google Play Store, Music Player is a high-quality mp3 player. It has over 10million downloads. What differentiates it from the other music players is the music editor feature it has, which allows to edit music and make ringtones from them. It supports almost all types of mp3 and other audio formats. A 5-band graphical equalizer with a wide range of colored themes can be termed as a music lover’s paradise. Arrangement system according to artist and genre, sleep timer, option for creating playlist are some of the other features this 4.2 MB app offers. Another in the 4.5 stars rating list is this player with over 10million downloads is blackplayer. It provides gapless musical experience with crossfading. This app is highly acknowledged for its customizable themes and fonts. Through this app, one is allowed to view and edit embedded lyrics. Another notable feature of this player is music scrobbling. This player occupies a space of 8.2 MB. This music player has over 50million downloads and no wonder why with 10 band equalizer and 16 presets to choose from it is undoubtedly unbeatable. It has the ability to scan up to 1000 songs in one second (v3). There are two separate tone controls such as high pass treble and low pass bass for a different experience of music altogether. One is allowed to search directly for the lyrics of the song from the app only. Within a 5.7 MB size, it offers more than anyone can ask for.

This Simple interfaced music player has a rating of 4.3 on play store. The unique feature of this music player is that it can play OGG format files along with usual formats of MP3, MIDI and AAC. It has another feature of customizing your music in disco or KTV style. Stereo Surround Sound effect is also there when using headphones. As a 5.3 MB file, it offers a simple experience. 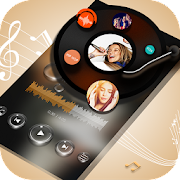 This Music Player has over 50 million downloads and a rating of 4.2 stars on the Play Store, even when it has a very simple interface with fewer features but all necessary ones included. It is perfect for music lovers who do not want too many features to complicate their simple music experience. 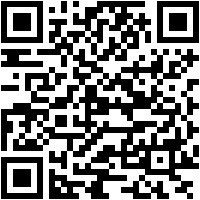 Apart from the usual features, this music player offers 22 types of presets like classic, folk, heavy and so on with a manual 5-band equalizer, a long list to choose from. It also allows you to edit your playlist by drag to sort feature. This app lets you search for online music video directly. It has over 10 million downloads with a rating of 4.1 stars. Last but not least is the well-known Google play music player which has a rating of 3.9 stars with over 1billion downloads. Supported across all platforms such as Android, iOS, and web it can store up to 50000 songs that too from the user’s personal music collection. Through this app by using data one can browse songs according to mood, genre, artist, activity and decade as well. It also recommends according to your taste which is interesting, right?

So, as the list comes to an end with all the details that you need to choose the best Android music player which fulfills all your requirements, you don’t need to download too many apps and experiment anymore. Go ahead, download the player you need and indulge yourself in some fresh music to make your day worth it. And, if you don’t have new songs, download free songs from these free mp3 sites.